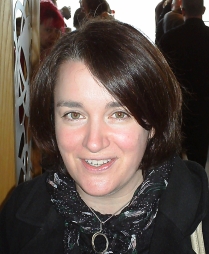 Alice McGrath is an experienced arts producer, facilitator and collaborator based in Scotland.  She works with artists and arts organisations in the development, creation and presentation of theatre, dance and artistic projects for young and intergenerational audiences.   Throughout her career Alice has held a variety of roles in Scottish arts including Executive Producer at Scottish Dance Theatre; Director of Creative Development, Participation and Research at macrobert arts centre; and Creative Development Director at Imaginate.

Alice is also an experienced facilitator and mentor.  She undertakes this work in addition to Red Bridge activity.  See Alice’s website for more information.

Alice loves tea…and her new office in North Queensferry Station, even though we share the space with a coffee brewing company… 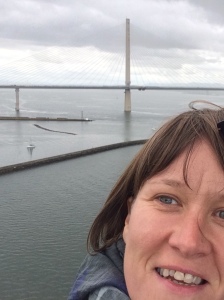 Jennifer was previously the producer of the Edinburgh International Children’s Festival/ Imaginate. She produced 9 Festivals, including all Festival Touring and Outreach performances, managing the touring programmes for the London 2012 and Glasgow 2014 projects amongst others. Before working at Imaginate Jennifer was the Theatre Manager at the Traverse.

Jennifer became a freelance producer in 2016 working with Starcatchers and Curious Seed to produce MamaBabaMe amongst others. Beyond Red Bridge she is currently working with Greg Sinclair producing Animals, touring in Spring 2018 a co-production with Perth Theatre.

Jennifer also loves tea (but not quite as much as Alice) she loves her garden and the veg growing in it more! 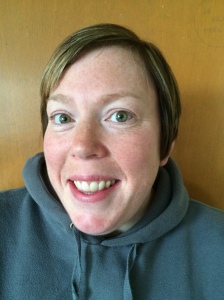 Suzie trained in Technical Theatre at Telford College, Edinburgh. Here first professional job was at Perth Rep Theatre, as the Assistant Stage Manager, in 1997. Her first touring job, as Stage Manager, was with Catherine Wheels Theatre Company, with their first ever production, ‘Martha’. Suzie worked and toured with many great companies, such as, Tag, Clyde Unity, 7:84, Visible Fictions and Borderline, before taking up the post of resident Stage Manager at the Byre Theatre, from 2003 – 2008. After 5 great years there, Suzie returned to free lancing and worked for the Tron, National Theatre of Scotland, Stellar Quines and Catherine Wheels.

Suzie joined Red Bridge Arts in 2017 as our Production Manager. Since then she has been on tour with many of our productions as they travel the world. She is excellent at planning, coordinating and organising. She loves a coloured Sharpie pen!

Red Bridge Arts is a company limited by guarantee with charitable status, based in Scotland (Company Number 510056, Charity Number SC048146).